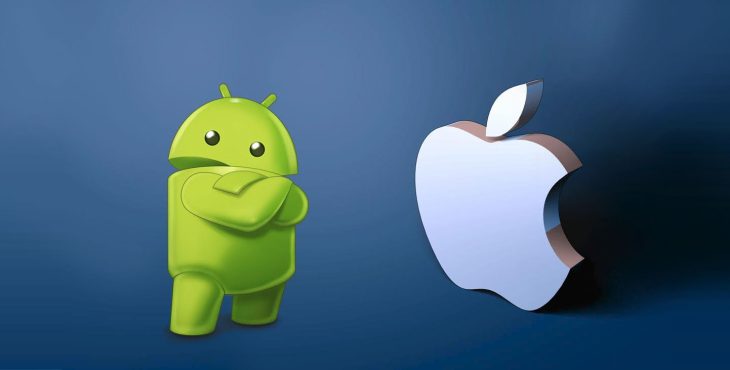 Android, the open-source platform for smartphones and tablets, has generated a lot of enthusiasm. The operating system is open-source and based on Linux, and also works well with a JAVA Library. Google and the Open Handset Alliance first developed this technology. Furthermore, Android provides a great open marketplace, which third-party Android app users can use. The size, engaged audience, and global reach of Android are a result of its ability to easily launch apps, and it is more efficient than other operating systems.

iOS application development is the process of programming mobile applications to run on Apple hardware, like the iPhone, iPad, and iPod. The content is written in the Swift programming language, or Objective-C, and is then sent to the App Store for users to download.

About Android versus iOS in software engineering: These two platforms have very different use cases. The two systems have different architecture, but very different approaches. Two systems being developed by different companies aren’t the same because of how they were designed and marketed.

Other platforms, like iOS, offer their app development languages, while Android apps are built primarily with Java. Swift is a very different type of programming language from Apple UIKit, which means that your iOS apps will be completed faster, and require less code. Swift enables high-interaction interfaces. However, it is platform-limited. Java can be used for server work and web development, as well as mobile app development, so if you want your apps to be cross-platform, Java may be a better overall solution.

iOS app development requires the developer to come up with a unique design that looks good and performs the function. The iPhone’s design principles are different from the Android designs by being designed for a smaller number of screen sizes and resolutions. Android users will experience their app differently on different devices, and they need to adapt their app to each device.

Despite the variety of legitimate ways to make money with apps, iOS app developers offer many paid-software programs for sale, while many of their Google-supported apps rely on ads for revenue. In-app purchases have constant growth over time, and even grow better than ads. If you are hoping to connect a freemium strategy to a monetization plan, remember that people’s memories are also short. A paid app should be created if there is a genuine lack of an existing solution, vs putting out half-hearted apps to hit a sales number.

You can’t succeed if you don’t focus your work on the behaviors or preferences of important demographics first. Mobile device users have a higher annual income than those who don’t have smartphones, are older, and spend more hours on their devices. We can avoid pretty common mistakes when going for the wrong platform, by knowing certain trends. It’s still unclear whether or not this kind of technology can be implemented in real life.

Taking these facts into consideration, it may be difficult to predict the costs and the speed of cost reduction of Android, compared with iOS. iOS app development.

All of the factors you need to consider to plan when you should develop the app are here: Longer development times usually lead to higher costs. iOS apps more strictly undergo a more thorough evaluation process in the regular App Store (up to a week) than Android apps but can be done automatically.